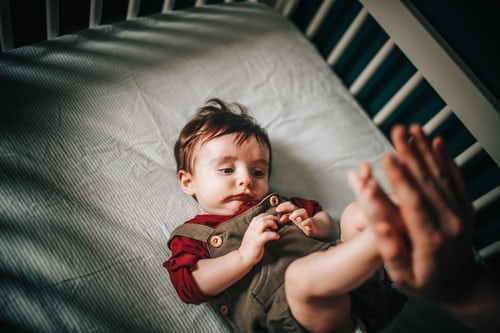 Photo by Helena Lopez on Unsplash

Blow away the dreams that tear you apart

Blow away the dreams that break your heart

Blow away the lies that leave you nothing

But lost and brokenhearted

How has your father relationship story shaped your life? Does the story you tell move you toward connection and self-acceptance or towards separation and self-condemnation? Father-son relationships are complicated. The story each of us makes up about them is even more so.

In my experience, the relationships and the stories we make up about them are rarely the same. The narrative about our relationship and the implications we ascribe to it has an outsized impact, especially compared to our experience.

My father shot himself when I was 13 years old. The attempt was not his first. I would come to realize he had previously attempted suicide, after which he was committed to a mental institution.

A man disinclined towards introspection or reflection; he stopped believing that living could ever be O.K. for him. He succumbed to mental illness. He could not confront life as it was or outrun his pain without the suspended relief provided by his multiple addictions.

During the four years before his death, he continually made my home and life uncertain and unsafe. His underlying pain and rage remained palpably coiled, ready to strike whenever triggered. It often revealed itself in temperamental outbursts, demeaning remarks, broken furniture, a rocks glass shattered by his incensed grip, and persistently explosive arguments with my mother, among others.

Thankfully, my dad rarely physically abused my sisters, me, or my mother. He did watch him punch her in the shoulder at a particularly desperate moment.

I frequently struggled to determine ways to protect my mother and save my parents and family. A perpetual double bind, I have to, but I can’t, I can’t, but I have to. At times, I would go downstairs and make my presence known to my parents and did my best to run interference between them.

The difference in our statures made this a daunting task for me. Never an easy man. My father was big, tall, strong, and athletic. He was macho, hard-drinking, quick-tempered, and intense.

During the beginning of this period, I struggled to make connections and feel secure in school, as we moved three times, necessitating new beginnings between the 4th and 5th grades. As the new kid, other boys challenged me to fight. For what reason, I could not understand. What I encountered in one environment seemed to confirm the other.

Despite my mother’s deeply troubled relationship with my father, she strongly encouraged me to maintain positive regard for him and focus on my good memories of him. I do not think there was anything inherently wrong with my mother’s well-intentioned words. Unfortunately, however, they unintentionally set in motion and nurtured a distorted view of my dad and my relationship with him. It was not close, nurturing, or even safe.

I developed a romanticized version of the relationship I had with my father. I was coming to believe that his suicide had been the death knell to an idealized father-son relationship that never existed.

I made up a story that his death was such a loss and left a significant void that I would never fully recover. Despite my efforts to overcome it, I would never “succeed at snatching the brass ring from the merry-go-round of life.” Success would always remain elusive in my mind. My inability to flourish would be a lasting testament to what our relationship meant to me and, more importantly, what it meant to him. To succeed fully would betray the magnitude of my father’s legacy.

After he killed himself, my narcissistic narrative became that he had “left me” because I had not been “man enough” at age 13 for him to stick around. As if my existence had created a degree of shame with which he could not contend. I flipped the script on what I felt inside to one that matched the glowing affection and respect I believed a son should accord a father.

The story seemed self-evident and necessary. It was also the most damaging way I could explain the reason for my father’s suicide. One has led to what feels like a lifelong effort to overcome self-limiting beliefs and negative self-regard.

Through a lot of effort over time, I have understood better how damaging this narrative has been. Yet, despite my mind’s awareness of its twisted premise and the perverse logic the narrative contained, my ability to purge it from my heart space has proven surprisingly difficult. Somehow to relinquish it feels like the ultimate threat.

My story completely disregards my father’s mental illness, addictions, and deep feelings of helplessness and hopelessness. It betrays any possibility of the notion that he took his life despite me and others he Loved and not because of it.

Far from being the culmination of an exceedingly traumatic period in my life, it left a blemish I believed to be indelible. I felt “marked” in a way that all could recognize.

The shame and guilt drawn from my father relationship story have shaped my life in unintended and hurtful ways. They are part of my father wound and father hunger.

Sharing with other men, who listen and empathize, helps make room for the best of who I am and what I have to offer. It provides a helpful counterbalance to a hurtful childhood narrative.

Publishing this article is another step in that process, a way to claim responsibility for life further apart from and outside my father’s shadow.

At times I am still triggered into feeling the pain of the double bind. Believing I failed an impossible situation. It can set in motion all manner of unwanted, undesirable, and unattractive thoughts, feelings, and behaviors. At a minimum, it stops me from living my life more openly, powerfully, and more compassionately, which are my most highly prized attributes.

I want men to flourish and am committed to helping them do so. That is what families, organizations, and our larger world needs from all men.

Robert Hackman, Principal, 4C Consulting and Coaching. He provides executive coaching for leadership impact, growth, and development for individuals, teams, and organizations. Committed to Diversity, Equity, and Inclusion, he facilitates trusting environments that promote unusually candid conversations. Rob is also passionate about the power of developing Legacy Mindsets and has conducted over 50 Legacy interviews with people to date.

A serious man with a dry sense of humor who loves absurdity can often be found hiking rocky elevations or making music playlists. His mixes, including Pandemic Playlists and Music About Men, among others, can be found on Spotify.

Bravely bring your curiosity to a conversation with Rob, schedule via voice or text @ 484.800.2203, or rhackman@4cconsulting.net