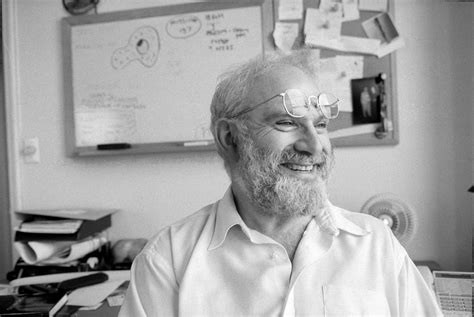 From the song “Bad”

Have you ever wondered why specific stories or films grab you and refuse to let go? You feel captivated by profoundly personal resonance while not comprehending the reasons why. So, it was for me to watch the film “Oliver Sacks: His Own Life.”

“I have the predominant feeling of gratitude. I have loved and been loved. I have been given much, and I have given something back in return,” reveals Sacks.

What a simple, humble, and tender statement from a brilliant and generous yet tortured man.

Born in England in 1933, Sacks became a renowned neurologist, naturalist, historian of science, and prolific author.  After earning a medical degree from Queen’s College, Sacks moved to the United States, where he spent the rest of his life. The New York Times called him the ‘The Poet Laureate of Medicine.”

I fell in love with this film, the intended purpose and focus of his life, and his story. Hesitant to make any comparisons between such an accomplished and impactful man and me, I nevertheless saw aspects of myself, my own story, and my own experiences reflected in his.

The film moved me to tears, which is noteworthy because I do not cry easily or ‘well.’ It was so impactful that I saw it multiple times. So, curious about what intrigued me, I decided to take some notes my third time to understand what made the film compelling. But, of course, I have no expectation others will be affected the same way as me.

Some of his life experiences were particularly impactful because I, too, experienced similar events. Of course, many of these experiences were hurtful or painful, yet I remain fascinated by his ability to draw on his wounding experiences to create a unique and pioneering life.

Below you will find some similarities I perceive of our life experiences and responses to them, along with some differences:

I also grew up with alcoholism in my family and a father who suffered from multiple addictions, in addition to mental illness; he eventually chose to escape the pain by committing suicide. I have learned that people who choose this path usually do not want to die – they are desperate to eliminate the pain and perceive this as the only viable option.

Sacks maintained an extremely close and, in some ways, uneasy and damaging relationship with his mother. He felt judged and rejected, yet he also retained a deep, loving, and meaningful relationship with her. Her death devastated him.

Like Sacks, I was very close to my mother and yet sometimes felt her love was conditional.  In my eyes, my value was based on my ability to measure up to her high standards. Yet, despite some of these feelings, I have dearly missed my role as her son. I suspect he did too.

Each of us also posed potential threats to them. The danger to Sacks’ mother was his sexual orientation; for my mother, she feared I could end up like my father.

I also withdrew from the world in some respects. In contrast, he immersed himself in acquiring elements and became obsessed with the periodic table. I collected music, analyzed lyrics, instrumentation to tap into feelings, contemplate myself and others, and make sense of the world.

Similarly, I believed myself to be too sensitive. I sought to increase my strength as a shield against my perceived feminine qualities, which I perceived as weakness. I wanted to change how others perceived me and how I perceived myself. However, I remain sensitive, something I now better recognize as a positive quality.

I am a cisgender, straight man who seeks to be an ally to the LGBTQ+ community. I admire the courage and fortitude required by gay and other marginalized communities to live their lives fully as they face continued rejection, threats to their vocational status, physical harm, and worse.

I also misused alcohol and marijuana to nullify my pain in hurtful ways. The shame of believing my feminine qualities somehow caused my father’s suicide compelled me to question my masculinity. Consequently, I armored myself against exposing my inadequacies and so-called feminine traits.

Despite his brilliant insights, intense work ethic, creativity, and prolific output, sacks’ work was not taken seriously or embraced by his colleagues or the larger mental health establishment. Respect and esteem for his contributions would not come until late in his life.

In my small way, I am revealing myself further here – and in other venues — to make it safe for others to do the same.

Part of Oliver Sacks’ magic was courageously believing in the humanity of his patients even when they showed the others, they did not possess it, and were unworthy of compassion, connectedness, and love, and were seemingly unable to relate to others. Thus, a colleague observed, Sacks simultaneously storied the world into them while storying them into the world.

I am committed to helping people, teams, and organizations grow and flourish in ways they cannot envision and frequently do not believe possible.

Watching the film, I felt intense compassion for Sacks’ denial of his sexual identity, resulting in the absence of romantic love in his life. I, too, experienced periods bereft of romantic involvement and dismissing core attributes because they were unwanted. I felt grateful when he finally discovered and experienced a profoundly loving relationship before he died, fulfilling an unlived part of his legacy.

Oliver Sacks lived a wildly extreme, compassionate, and contradictory life. Yet, he remained true to his purpose, and as a result, he impacted many people through his work in lasting ways.

I have also lived a life full of contradictions – as I suspect many of us have – and yet I am fully committed to positively impacting others in lasting ways.  Making an impact and leaving something behind is how I define legacies.

Sacks relates to his surprise, that “despite contradictions and odd directions, there does seem to be a single person here.” He further asserts, “There will be nobody like us when we are gone, but then there will be nobody like anybody ever. When people die, they cannot be replaced. They leave holes that cannot be filled. The fate of every human being is to find their own path, live their own life, and live their own death.”

These are incredibly beautifully simple truths to remember. They call us to put lives of consequence, responsibility, and oddities into action to live out who we are to the fullest. The call I am answering here.

He continually asked the questions: Who am I? Why do I feel these things? Turning the same questions outward, wondering what it feels like to be you. His life’s purpose emerged from his life experiences.

Despite the inconsistencies and multiplicities, his bemusement that ‘there really is a single person’ resonates with me, as I find myself full of quirks and curiosities. My lived experiences have led me to focus on Legacy Mindsets, helping people live the lives they want with fewer regrets.

My sincerest aspiration is for everyone to live their own lives as passionately, purposefully, and as courageously as possible in ways that are most meaningful to them and of most value to others.

If you are interested in joining me in that exploration, please reach out to me; I welcome a connection.

Robert Hackman, Principal, 4C Consulting and Coaching. He provides executive coaching for leadership impact, growth, and development for individuals, teams, and organizations. Committed to Diversity, Equity, and Inclusion, he facilitates trusting environments that promote uncommonly candid conversations. Rob is also passionate about the power of developing Legacy Mindsets and has conducted over 50 Legacy interviews with people to date.

A serious man with a dry sense of humor, who loves absurdity, he can often be found hiking rocky elevations or making music playlists. His mixes, including Pandemic Playlists and Music About Men, among others, can be found on Spotify.

Bravely bring your curiosity to a conversation with Rob, schedule via voice or text @ 484.800.2203, or rhackman@4cconsulting.net.